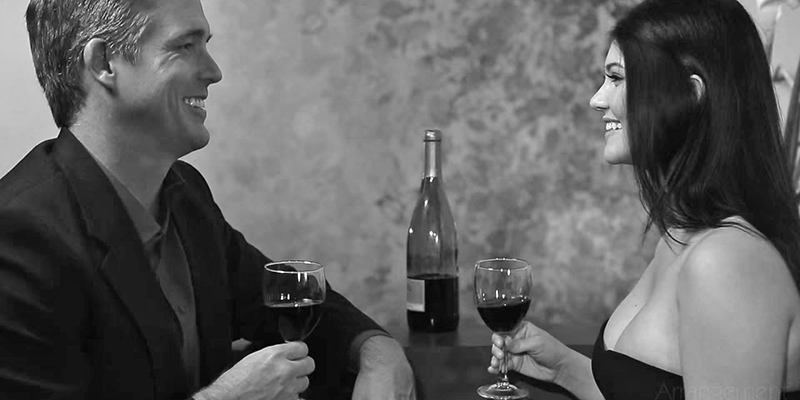 This morning when I opened my email I had a question about writing something for older men giving them ideas about where they can go to specifically meet women who are looking for older men.

“What a can of worms!” was my first thought.

I was quickly brought back into the reality that giving you advice about where to go at the onset of this article would be a bad idea…a very bad idea!

Because any man asking this question needs to deal with the real issue at hand, and that issue isn’t about where to find women who like older men.

It’s an issue of their lack of knowledge about female psychology and dating dynamics. To me, it’s an excuse to make up for some insecurity they have about themselves.

A Finnish study of 2,700 people found that some older men have a strong preference for younger women, but many are attracted to women their own age too (so in many cases younger women do actively pursue older men).

And before you even mention the phrase “daddy issues”…

A study of 173 women who were dating a man at least 10 years older found no supporting evidence that these women have unhealthy attachment styles, or “daddy issues.”

My “Golden Rule” That Every Older Guy Should Live By

Our views on sex don’t really change, as we’re still on the hunt for sex or in the mood for sex just as much as ever. But our views on relationships and attraction tend to morph.

I live by a golden rule when it’s pertaining to age:

As women get older their attractiveness tends to diminish where as men tend to become more attractive.

TRENDING: If A Younger Woman Does This With Her Body It Means She Wants You Bad (Most Older Guys Totally Miss This!)

Women have it great the first half of their lives. When they are young they have all of the sexual options they can handle. They are in their prime and can have sex as much as they want.

But as time goes on, a woman’s inherent beauty tends to become less and less. As she gets older, the amount of sexual options she has decreases.

And this gives men the upper hand in many situations.

One 2018 study found that in age gap relationships, the perceived inequity and prejudice is higher when the older person is a man (conferring that age gives men an “unfair advantage”).

Men stop looking at them or noticing them anymore…

They’re not getting asked out on dates as frequently…

It becomes harder for them to lose weight…

The firmness of their bodies disappears…and so on…

The honest truth is that men lose interest in older women.

Why Older Men Just Flat-Out Have It Better

Men on the other hand become more attractive, refined and experienced (unless you’ve let yourself and your body go) as we get older.

We are viewed as having more wealth, being more established in life, sexually experienced, more emotionally stable, attractive, refined, confident and so on…

All of these attributes are a huge turn on for women! Women gain interest in older men.

According to Professor Madeleine Fugere, author of The Social Psychology of Attraction and Romantic Relationships:

Our older age is our best asset!

No matter where women are, what age they are, what environment they are in, they will always be attracted to an older man! End of story!

A sexy older man will 100% be chosen all day, everyday over a sexy younger man by younger women!

Older women usually will date or try and bed younger men not because they don’t find older men less attractive, but because a young man will feed her selfish, deflated ego!

A sexual conquest from a young stud will allow her to convince herself that she’s still sexy or attractive. That is the only reason why an older woman will chose a younger man over an older man for an adventure between the sheets.

Regardless of that fact, both older and younger women will still find an older man sexier and more desirable in general.

I coach a lot of older men (and I’m no spring chicken myself so I know how they feel) but my age has only helped me get women I could have never gotten 10 years ago both younger and older!

I’m almost double their age! And they love me…so why shouldn’t they love you as well? 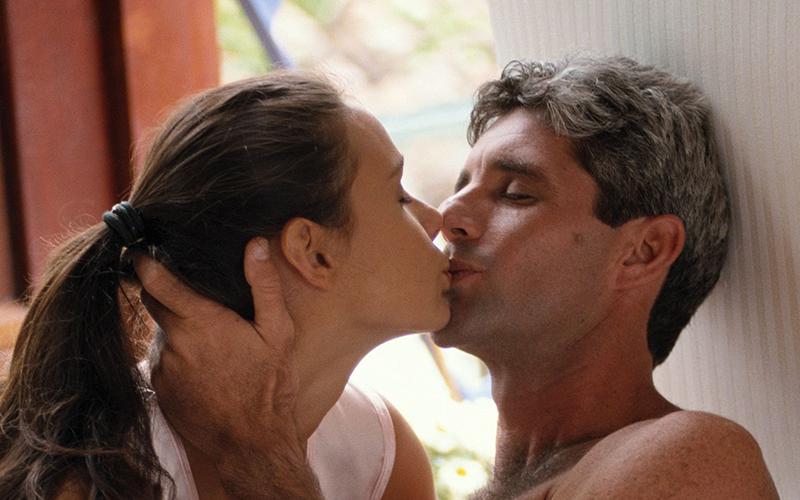 I don’t care how old you are, young women love older men.

Every young woman has sexual fantasies about an experienced older man!

Every young woman masturbates about being dominated in the bedroom by an experienced older man.

So, with that being said, are there places to meet women who are “looking” for older men?

Of course there are!

Sorry if this hurts your feelings but you know it’s true!

If you’re an older man and had absolutely no fear about approaching a woman in any environment, do you think you would sit around trying to find spots where women hang out to look for older men?

Hell no you wouldn’t. You’d be meeting women everywhere!

The truth is that if there is a place where women go to specifically meet older men it will probably be filled with women who are either looking for a sugar daddy or benefactor, or with older less desirable women.

The only reason why a woman would specifically go somewhere where she can meet older men is because she is either:

1) Older and less than good-looking, or

2) She’s younger and on the hunt for a man who can provide for her on some level because she will know that men who go to a place like that are provider types: easy to take advantage of and desperate.

Any real man who has many options wouldn’t be caught dead in an environment like that.

With That All Said…

Here are places guys who are older can go that will not have that type of vibe to them. Here’s a short list of great places where younger women go where they can expect to “bump” into older men.

Because older men appreciate the finer things in life.

Even concerts of “older” acts–you'd be surprised! 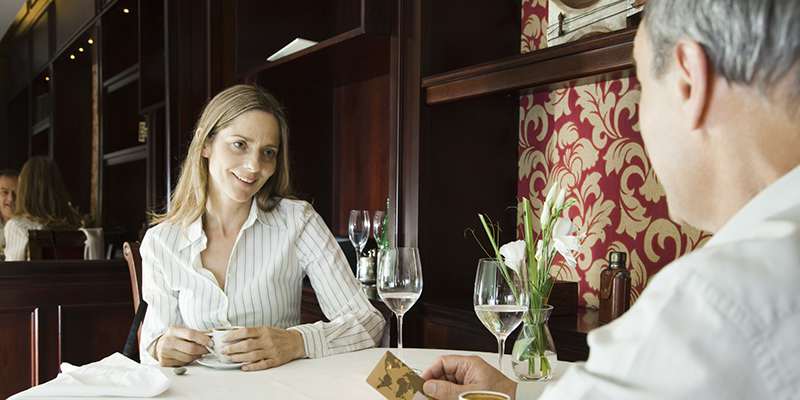 Women know that older men typically aren't big fans of loud clubs. High-end lounges offer a more quiet place where she might “run into” a refined older man at the bar.

5) Trendy Restaurants that have a bar area

Same idea as above, but with the added benefit of excellent food (presumably).

Her reasoning is that older guys won't be gym rats/meatheads, and want to stay in shape “the right way.”

They show that a guy is passionate about a cause and willing to dedicate time and resources to it. Also shows that you think about something outside of yourself.

SPECIAL: This “T-Shirt Secret” Can Get You Laid by a Hot College Girl Tonight…

8) Benefits for a political cause

She knows that you're up for fun live entertainment, and like to laugh.

She's looking for a guy with some culture and refinement, who can appreciate history. Who better than an older guy?!

These types of places have a strong socializing aspect to them and are the types of places where younger men won’t frequent, so it’s only logical that if she goes there the demographic will be mostly young to older women mixed with older men.

I would suggest visiting these places regularly and see for yourself, but I would also suggest that you get the idea out of your head that you need to go somewhere specifically to meet women who are looking for older men!

Like I said, I’m an older guy and meet young women everywhere. Women of all ages (and especially when they’re young) love older men.

Stop being ashamed of your age. Being an older man is a gift from God. We have the world at our fingertips. Rejoice in your age and use your age to your advantage. It’s really one of your best assets, whether you know it or not!

Now That You're Meeting Younger Women…

You're going to want a way to separate the truly interested girls from the time-wasters with daddy issues.

The only problem is that a lot of younger women don't want to seem too “forward” with older guys.

So they show you they're interested in subtle ways… sometimes so subtle that older guys miss them entirely.

I've figured out 3 of these secret “indicators of interest”… and I put them in a quick quiz you can take to figure out if a hot younger woman is into you.

Once you know these… you avoid all of the guesswork… all of the rejection… all the “b.s.”…

And you can focus on the big pool of girls that is into you.

Check out the checklist of 3 secret “Indicators of Interest” right here: