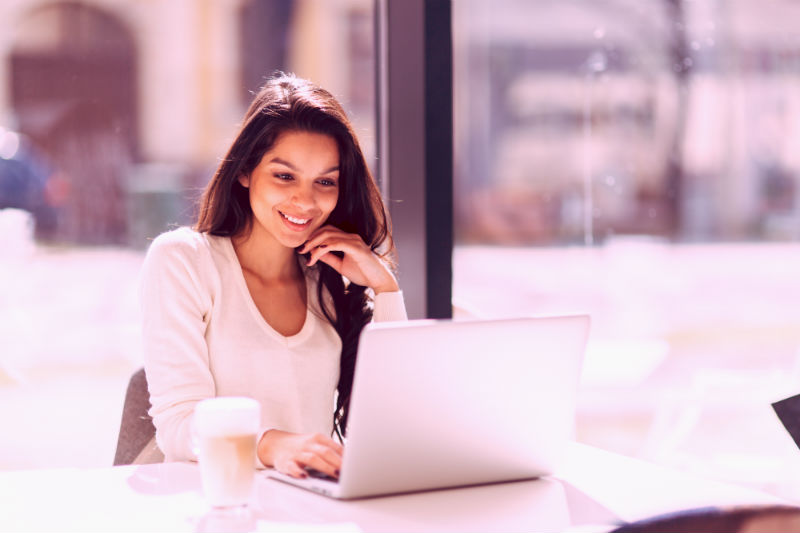 There's no denying that's it's an increasingly connected world, so it makes sense that we'd use technology to search for meaningful interactions.

But what about going beyond the usual suspects like Tinder & OkCupid… and using more “straight-laced” social media sites to find love?

So if you want to start using Facebook, Instagram, and so on to meet women… how should you do it? Is it even possible?

So, treat your social media like you would any other place you'd go to meet women. Remember, you're not just talking to a bunch of pixels. There's a living, breathing human behind the other side of your screen who's longing for a connection as well.

Once you're in that frame of mind, it's much easier to level the playing field.

Depending on which platform you're using and the extent of knowledge you have about the woman you're pursuing, there are a few different routes you can take.

So with that in mind, here are my 4 best tips to successfully talk to & attract younger women online.

The easiest, smoothest way to transition into something a little bit more than platonic is to talk to her openly first.

For a real world comparison, think of this as a kind of coffee date–a first meeting. There's no pressure…

It's just two people getting to know each other in a social context.

Twitter and Instagram make this easy. People tend to follow other people based on interest instead of actual knowledge, and people can openly find one another.

If you're using Facebook, this is a little bit trickier; however, there is one particular way to get around it.

Facebook groups allow people from all walks of life to come together and talk about, well, whatever the group's about.

Whether you're into cooking…

If you're into it, there's a Facebook group for it, guaranteed. And once you're there, talking to one another is not only possible–it's encouraged.

Facebook also recommends friends to you. Ever seen that “People You May Know” panel? This is Facebook's way of using your location and existing network to find people you may want to be friends with.

It can be a godsend for people who prefer to date in the real world, especially if you both have a mutual friend or two. If that happens, ask your mutual friend if they're willing to set you up–it really is that easy. 🙂

Whatever you decide to do, if you find a woman you're interested in, don't immediately barrage her with compliments.

At the end of the day, if you don't personally know her, don't address her privately.

When you've spoken with her publicly (like within a group forum) and established a rapport, that's when you can move on to friend requests, messages, and other more personal forms of communication.

Of course, if you have mutual friends, then sending a random friend request won't be as “weird”–especially if you can start the conversation with something like, “Hey, you seem really cool! How do you know [name of mutual friend]?”

Let me level with you:

As a woman in my 20's who spends entirely too much time online, there are few things that spike my anxiety more than an unknow man “sliding into my DM's.”

When a random guy comes at me with a compliment, that's almost a guarantee that I won't even read the message.

If that seems counterintuitive to you, just remember, women aren't on the internet to be commodities.

Just like you, we're here to go about our lives…

Make status updates about our days…

TRENDING: Do You Know About This “Secret Elixir” That Makes Girls Chase You?

Fact: A woman who posts a lot of selfies is not asking for your private, unsolicited comments.

Unless the platform you're using is specifically a dating site, most women there probably aren't looking for someone to date–although it's definitely a possibility when done properly.

The key is to show her some concept of who you are before reaching out to her.

Whether it's through a mutual friend, or by sharing your hobbies on Instagram, make sure she can understand a little bit about who you are first.

Ultimately, you're going to want to make yourself stand out–which brings me to my next piece of advice:

There are two ways you can stand out to a woman online–the “good” way and the “bad” way. Let me get the “bad” way over with first:

You’ve likely seen it before. The viral posts that wind up plastered on your Facebook wall, or that Tweet you see with screenshots from a messaged conversation.

Generally speaking, these conversations involve an entitled man messaging a woman he doesn't know. Sometimes, he's polite, and then promptly freaks out when she rejects him. Other times, he's lewd and crude from the get-go.

These kinds of conversations explain why women can tend to be wary about meeting men online–so if you're going to successfully ask a girl out online, it's crucial that you're not “that guy.”

When you’re using social media for dating, your competition is not the other men who possibly have their eye on the same woman.

Your main competition, your obstacle, is the innate sense of caution that women have when communicating on the Internet.

However, there is an easy way to get around this sense of caution she may have about meeting you… and it's easier than you may think: 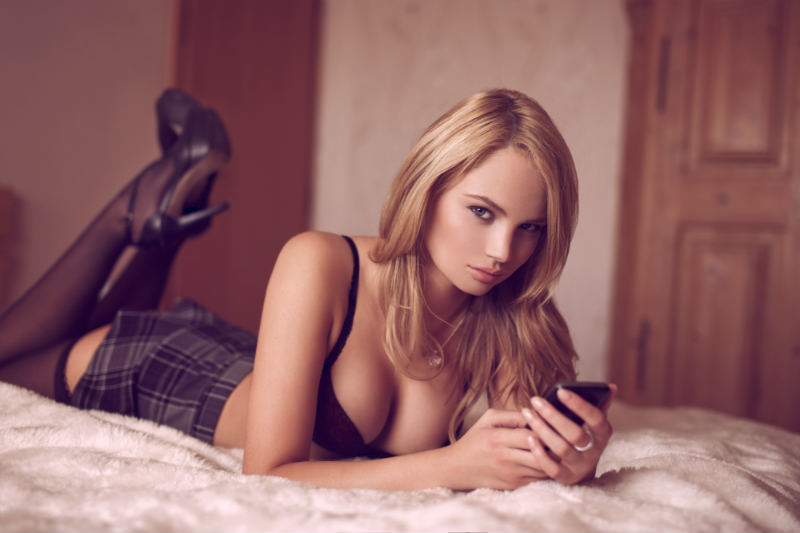 3 Little Letters That Boost Her Response Rate By 28%…

One recent study found 3 letters you can include in your first message… that boost your odds of getting a response by nearly 30%.

Like almost every guy I responded to included these letters in his first message!!

(And I noticed that every single guy I met up with in person used them too. Except one guy, who I discovered had a girlfriend right before our date. No thank you!)

Anyway, I’ll stop rambling lol… if you wanna know what the letters are, you can find out right here:

3 Little Letters That Boost Her Response Rate By 28%…