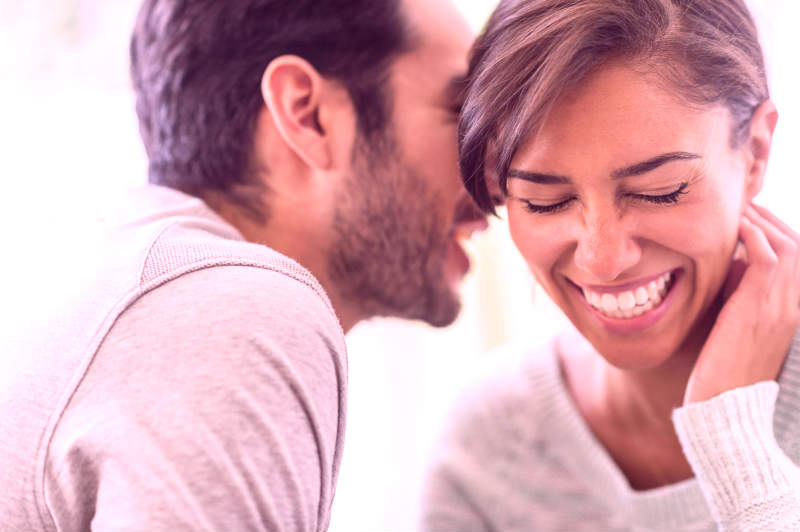 Easy Flirting Tips for Shy Guys–Is Your Next Hot Date Around the Corner?

One of my buddy's daughters — who's 12, by the way — recently told me something:

“Everybody likes my brother more than me…even my OWN friends!”

Here's the funny thing about that: I always thought it was her who didn't like anybody.

She always seems to be indifferent about people and situations. She won't smile in response to most things, and instead she usually sighs and rolls her eyes.

Maybe you're shy, or introverted too — if that's the case, then this is an all too familiar situation.

But you're not that talkative. You're a little quieter.

And women pay less attention to you because of it.

At least that's what most guys think — it's their personality that's holding them back.

Though really, this isn't true at all!

And today I'm going to show you why.

No matter what your personality type, there is no use for introversion in a social situation.

That might sound like I'm saying that introverts are not very social, or that social situations are better for extroverts.

Neither of these statements is really true!

The problem is that most people confuse the personality type (“extrovert,” “introvert”) with the behavior (“extraversion,” “intraversion”).

While it's true that social situations are extroverted situations, they are not situations designed only for extroverts.

At the end of the day, when it comes to talking to women, there's only one difference between an introvert and an extrovert:

So if you're an introvert or on the “shy” side, you don't have to change your personality to successfully attract women.

The key is to have extroverted behavior when it counts.

What does that mean? What is extroverted behavior?

Well, there is a simple secret to avoiding introversion in a social situation.

This is not a call to be honest, blunt or rude. It simply means that you shouldn't keep everything inside (even when you want to).

And how do you do that?

There are two keys: Being present, and being accessible.

What Does it Mean to Be “Present” And “Accessible”?

Here's what I mean when I say you should “be present”:

Instead, you have to truly be there.

Why is this a good strategy for flirting?

Because when a woman is talking to a man, and she knows he's listening… that's a huge turn-on for her.

And by “accessible,” I mean that the woman you're talking to should be able to easily read you, without thinking that you're lying to her or are being “guarded.”

The information you share with her should be accessible to her.

Because if a woman understands that you're opening up to her, then she'll be far more likely to trust you.

(And both you and I know that a woman will only get in bed with a man she trusts.)

A great way to illustrate this is to look at the difference between “happy” and “cheerful.”

“Happy” is a feeling you have inside. But in a social situation, if you want a woman to access the fact that you're happy, it's important to be “cheerful.”

Look, sound, and move like you're happy — it's OK to show your emotions!

And with that in mind, here are my 3 “secrets” to easily show a woman that you're a) present, and b) accessible in an interaction:

When you're talking to a woman, she wants to know that you're listening.

There are a few easy ways for you to do this. Try using phrases like:

This shows her that you're paying attention to her and listening to what she's saying, rather than getting stuck in your own thoughts.

Even if you are listening to her, a woman might assume you're thinking about something else or are “off in your own world” — a verbal confirmation clears up this confusion.

In addition to verbally confirming this, you can also show her you're listening by nodding to agree.

Another way is to interject what she says by saying “Interesting…” every once in a while.

On top of that, using an adjective like “interesting” will encourage you to listen more to what she says and could actually cause you to find it more interesting.

This might sound crazy, but when a woman finishes what she's saying, repeat her last 2 or 3 words back to her!

Her: “My mom was a really good card player.”

It seems weird, but this is one of the easiest ways for you to show a woman you're listening.

Why? It seems obvious, but you're literally repeating her words back to her.

There is no room for misunderstanding in this interaction.

Plus, it's also an easy way to keep the conversation going. Once you say “card player,” that could encourage her to continue her story.

If you've ever had trouble concentrating on what a woman is saying, this is the hack for you.

As she's speaking, think about what you would say if someone came right up to you and asked for a “10-word summary.”

Is she talking about how her mom was such a good card player, and that's how she was able to afford an education?

Then say: “Let me get this straight: Your mom played poker to put you through college?”

You can even make a game out of it!

What would this story look like as a headline? “Mom Wins Gamble On Daughter's Education” is probably about right.

Why does this work?

When you summarize in your head, you automatically have something to say to her when she's done with her story.

But it also shows her you've been listening.

So once she knows you're listening, and that you're accessible, there's only one thing left to do: 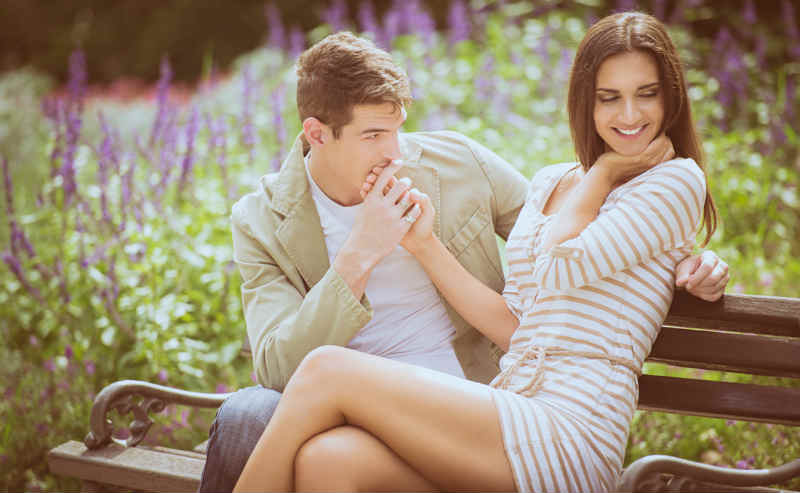 One of my shiest students recently had sex on a first date, and here’s how he did it:

He used a technique called the “Shy Guy Sleight of Hand.”

All you have to do is pick one “innocent” spot on her, and touch her like this…

And as soon as you touch her, you’ll notice her eyes light up… maybe she’ll blush a bit… and she’ll look at you like she wants you.

(That’s how it worked for my student… his date dragged him out of there less than 30 minutes later).

Try this out with the next woman you’re with: