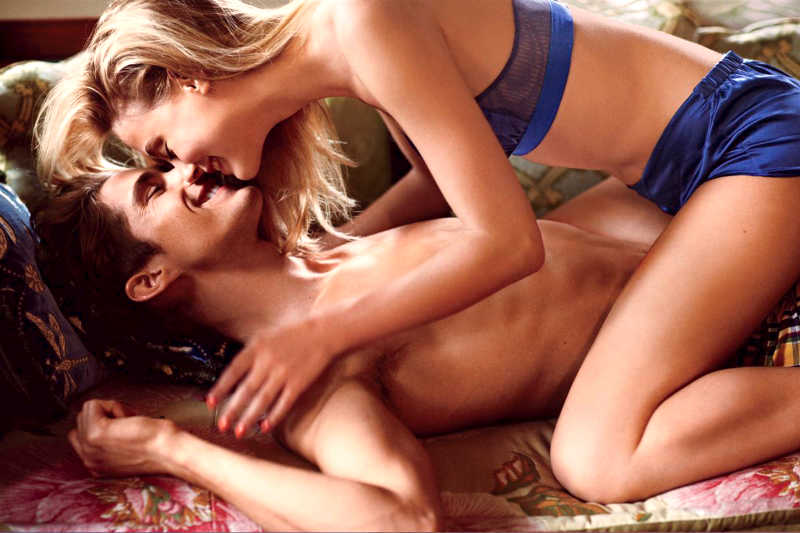 Have You Ever Asked Yourself: Why Are Girls Crazy & Are They Really Better In Bed? Here’s the Surprising Answer…

There's an age-old rumor that “crazy” girls are better in bed.

The theory is that women who act so outwardly emotional or irrational will also be passionate & open-minded in bed… but is it really true?

Hi, I'm sex expert Ruwando, and I'm here to tell you that “yes,” — crazy girls sometimes are better in bed.

But before I jump into why, it's important to understand what “crazy” behavior really is, and what it isn't.

In this video, I'll show you exactly why her “crazy” behavior is actually a sign that the sex will be good, and how to handle this kind of behavior without pushing her away.

And if you don't have time to watch the video, don't worry. Just check out the transcript below — I think it should help you a lot.

Catch the Full Transcript of the Video Below…

You may have experienced moments in your life with a girlfriend…

Or someone you're on a date with…

Perhaps a woman that you're attracted to…

And she seems like she's being bat s**t crazy.

As a guy, you've probably had that thought like, “Why is she doing this? This is totally irrational.”

So, the first thing I want to spell is it's not her being crazy. Instead, it's her showing her emotions — and emotions by definition seem irrational.

She's testing you to see if you can handle her in her fullness. This also has sexual benefits for you (which I'll get to in a minute). But it's also an opportunity to grow and to show her that you can handle her.

In fact, a woman will only do this with a man that she's either intimate with, or thinking about being intimate with.

It Doesn't End There…

The reason why it seems crazy, is that when you first meet a woman, she'll be polite and composed. By every definition, she seems rational.

Then you start to get to know each other, maybe you get romantic, and then she'll have this emotional outburst out of nowhere.

The reason why she's doing that is because, unlike at work or with strangers, she is feeling comfortable with you. Comfortable enough to wonder, “Can this guy handle me a little bit more?”

This ties directly to her question of: “Can he handle me when I'm in full orgasm and out of control?”

Because for a woman to let go sexually and really feel all that pleasure, she has to trust that you can handle her.

So, if she's being “crazy” with you, take it as a compliment. And also know that it's an opportunity for you to accelerate your relationship to the next level.

How do you do that? Just follow these steps:

1) Approve of Her Behavior

Approve of her — that's the first thing. I want you to get out of this idea of judging her.

If you're judging her or calling her crazy — saying stuff like, “She's f***ed up,” or “Something's wrong with her” — then you just failed her test.

She's trying to see that you can approve of her and stay with her when she’s being emotional. Again, if you can handle her, she will be 100% present with you in the bedroom.

So, one is to approve of her. Be cool with the fact that she's an emotional being. Let her know that it's good to be emotional.

It's one of the beautiful things about women: that they can go to these lengths that most men can't really reach emotionally.

2) Stay Grounded in Your Reality

The second thing is being able to be grounded.

The way I would word this in this scenario is to really be sure of her reality.

When she's being emotional and maybe saying things that don't make sense to you in a logical, rational sense, it's your job as a man, to stay in reality.

It's not about what she's saying — it's about what she's feeling. You just have to stay with her on the feeling zone. So you have to be clear, like, “Oh, this is the reality. We're doing this tonight. This is what we're doing together. The reality of the situation is this.”

Don't try to force feed her — let her be emotional, but also let her know that you're grounded and stable.

TRENDING: If She Does This With Her Body It Means She Wants You Bad (Most Men Totally Miss This!)

She's testing to see, can she break your reality. So don't fight her emotions, but stay grounded.

This forces you to grow as a man and to be able to maintain the reality that you want.

This has implications in the bedroom, in your career and your success. Can you maintain the reality that you want to live in? That's what she wants to find out.

3) Call Her Out & Bring Her Back Down To Earth

The third thing is being willing to call her out or adjust her with again, love and approval.

You're not going to be like, “You're wrong,” or, “What you're saying is nuts,” or, “You need to stop.” Don't ever do that — that's basically showing her that you failed her test.

It's hard to say this without a specific example, but you just have to be willing to call her out.

She might be like, “Listen, I have more stuff to say,” but you want to be able to maintain. Say, “Listen, this is actually what I think the right thing is.”

Even if she disagrees with you in the moment, she'll respect you and know that you can stand your ground.

So by now, I've shown you that when a girl is acting “crazy,” it means she's opening up to you — and that has benefits for you in the bedroom.

By that logic, yes, “crazy” girls are in bed… but what if she hasn't opened up to you in that way yet?

Is there an easy way to get her to open up to you in bed?

Like I mentioned earlier, if a woman opens up to you emotionally… it’s a huge sign that she’ll give herself fully to you sexually as well.

But what if she hasn’t shown you her emotional, or “crazy” side? Can you still get her to let go of her inhibitions… and unleash her wild side in bed?

In my experience, the answer is “Yes”…

By using these 3 “rough moves” on her during sex.

There is one easy way to get a timid or “vanilla” girl to show you exactly what she really wants in bed:
Ease her into it with these “safe” yet powerful moves.

The only thing she can focus on is the pleasure you’re giving her… which eventually builds up into an EXPLOSIVE release.

(In my experience, most women can only handle this kind of intensity for like 3-5 minutes before coming.)

There are 3 of these “rough” moves that seem to work well with most women… I’ll show you what they are right here:

P.S. The last time I did this one, the girl I was with squirted all over me… have you tried it?