Hey man, this is another episode of Ask Ruwando.

This question is an interesting one from Garrett.

CONTROVERSIAL VIDEO: These Subtle Touch Tricks Get Her Soaking Wet, Naked & On Top of You In Bed (Even If You’re “Just Friends” Right Now)!

So I gotta ask Garrett, why you're asking.

Are you planning on being a sugar daddy?

Do you have a lot of money?

Do you want to spend more time trying to be a sugar baby (so to speak)?

I'm going to try to address all of those situations below:

In general, I think it's fine.

You know, everyone's getting what they want.

As long as it's explicit. It's consensual, you know, if a woman wants to spend time with a guy and do sexual things with him or not, or give him companionship, in exchange for money, and that's what he wants to do… more power to them.

If a guy–I mean, I don't know if you're asking for yourself to be a sugar baby.

I will admit, there have been times in my life where I've been on seeking arrangement trying to get a sugar mama, and it doesn't always work out.

So well, I mean, I'm beyond that now. Like, I'm all for that stuff and trying it out.

If you're asking for yourself, though, you just gotta decide whether that's a trade you want to make if you have money that you want to spend on women.

And this is for myself, not for the concept. I wouldn't want to be someone whether I had money or not, who had to pay for companionship. (Again, not there's anything wrong with that.)

But if you're watching this video, if you're on this channel, I'm assuming you're learning how to improve your attractiveness, improve your game, if you will.

And why not get it without joining those sites?

Because I have a lot of friends who've escorted or done things like that, or sugared.

And a lot of them will say that the guys there have kind of had this insecurity. It's like okay, here I am, and we're playing the role.

I'm getting what I'm asking for, but there's this insecurity of like, but I have to pay for it.

Or like I'm not getting the real stuff that she would give for free.

So I will say I've heard that this is an insecurity a lot of sugar daddies have.

On the other end, if you're dating a woman who sugars I mean, it really depends on you.

It's kind of like a personal moral question for you. Do what you will.

Because the reality is, if you're older you don't need to pay for it. That's all I'm saying.

Here's what I mean: 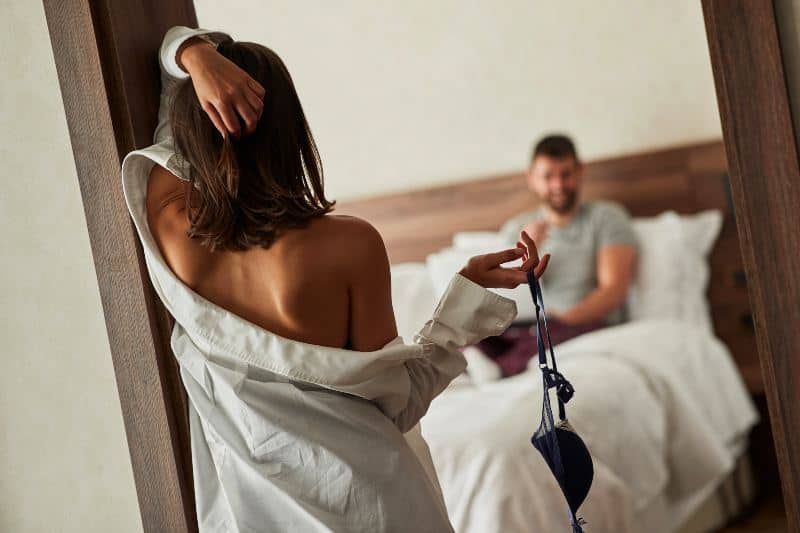 This means there are more girls than ever who are really into older men… and not just slightly older men either.

I'm talking about girls who are eager to bang men who are 10, 20, and even 30 years older than they are…

If you’re an older guy these are absolutely the girls you should be going after… and I’m telling you right now there are a LOT more of them out there than you think.

Now obviously… you can’t just go up to a girl on a college campus and ask her: “Hey on a scale of 1 – 10 how bad are your daddy issues?”

But what you CAN do is start paying attention to women’s non-verbal forms of communication.

Because here’s the thing…

… and they do this with their body language… facial expressions… subtle mannerisms… and vocal tonality.

As men our brains aren’t really wired to pick up on these little non-verbal cues, so they go right over our heads most of the time.

However, when you know what these signs are they’re actually pretty easy to spot:

Click here right now to watch a short, free presentation that shows you EXACTLY what these signs are, and land a hot younger girlfriend faster than you think.