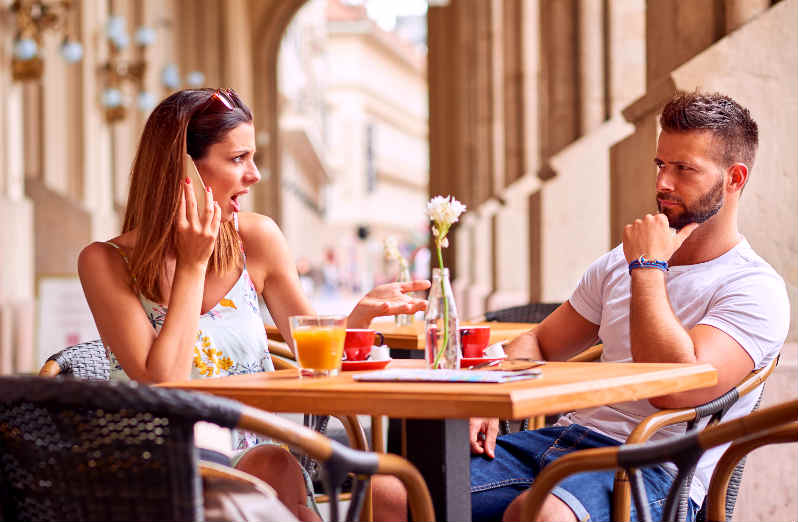 How to Bypass That Rude Girl Behavior & Take Control of the Situation–Do You Know This Simple Hack?

Recently I was interviewed by a dating coach, and we were talking about what to do when you’ve met a woman and she’s being rude.

He gave me a funny look and replied:

“…But you also give her some sass back, right? I like to say something to let her know she pissed me off.”

I was shocked! And then it hit me — most guys think that the right way to handle rude women is to fight fire with fire. She gives you sass? You sass back… right?

Wrong. And today I'm going to show you why (and what to do instead).

Should You “Punish” a Woman for Acting Rude Or Disrespectful?

When I'm handling a rude woman, I want her to know the truth:

That she doesn't really matter to me in the grand or even small scheme of things.

I don't know her — I'm talking to her out of curiosity. This is the first interaction, but none of what happens during this initial conversation actually matters.

So instead of punishing her for acting rude, I reward good behavior.

When she is being sweet and friendly or even feisty and flirty (though she has to be more flirty than feisty for me to accept it), then I am interested…

But when she's acting rude or disrespectful… what do I do?

No, I don't punish her. I ignore her.

When a woman is being rude to me — in any way — I find other things that catch my interest. I ignore her.

She suddenly disappears to me — without my walking away.

If you have difficulty imagining what this kind of “ignoring” looks like, then try talking to the most beautiful woman you see in a bar. Don't think of anything to say; just start talking.

More than likely, she will show you what “ignore” looks like in action:

So if you've had this experience, then you know what “ignore” look and feels like. And that's all you need to know to be able to successfully use this strategy with a woman who's acting rude.

But why would you want to do that in the first place? Won't straight up ignoring her just send her running away?

The Bizarre Reason Why Women Find This Response So Damn Attractive…

The reason ignoring her works so well is because it's an active, masculine behavior.

By ignoring her, you are taking action — and it's not easy, I know.

The reason the “work” of interactions is harder for men than it is for women is because the risk, the action, and the responsibility of carrying the conversation almost always fall on you.

A woman can reasonably show up at a location looking well-dressed and made up, and someone will almost always initiate a conversation with her — not the other way around.

So as a man, you have to do things.

And this means that you might have to do the wrong things, or produce an undesired result, or run out of things to do. Which is why you should always review your efforts with the three questions:

3) How are you going to change it?

So when a woman complains or acts rude toward you, she is giving you the responsibility.

She is blaming you for whatever it is she's talking about, and that blame = passing responsibility.

It can be frustrating — I know. It's not easy.

However, there are distinct advantages to being in your position.

For example, when a woman blames you, she is recognizing your power. The ball is in your court at that point.

It's like she's saying, “You're in charge!” And hey — the general can't blame the soldier for a failed mission, can he?

She is not, as you may have thought, trying to make you feel stupid or like a failure when she blames you. Instead, she thinks you can handle her.

So Should You Always Laugh It Off?

When you ignore a woman who's being rude or blaming you, you're making her comfortable by taking your role as “head of the table.”

By laughing it off, you are showing her — right now and for the future — that you are the man in this interaction.

It's like you're saying, “I'm comfortable with myself. My self-esteem is not tied to you or this interaction.”

Of course, if a woman is blaming you and telling you to go away, I'm not suggesting you ignore her adamant “No.”

That's against the law, gentlemen. Your job is not to push her, but instead to be unaffected, unhurt, and unassailable.

But how can you tell when a woman is being “rude” to challenge you… and when she's being rude because she isn't interested? 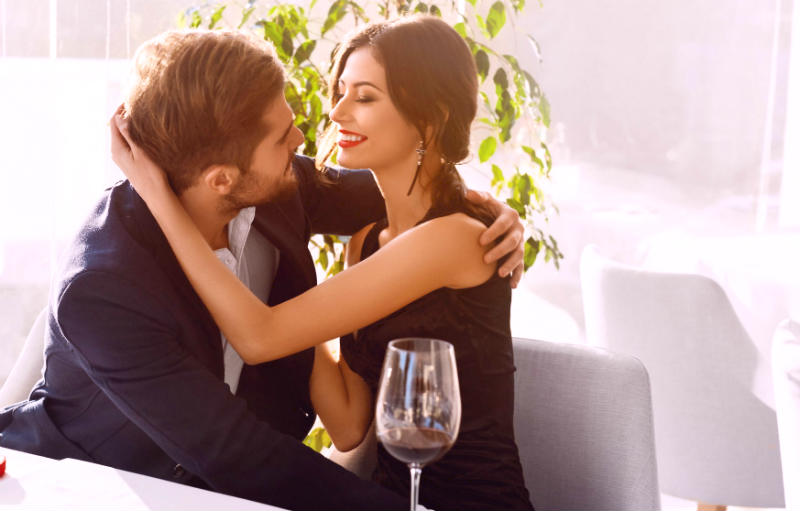 Is She Really Rude? Or Just Flirting?

It’s possible that she’s not really straight-up “rude”… but just “challenging” you. Like she wants to see what you’ll do with her B.S.

This used to drive me crazy! (Not to mention it was f'in exhausting having to constantly guess if she was into me or not.)

So when I found a way to tell the difference between “rude” and “aggressively flirting”… I was able to take home a lot more women… a lot more quickly.

How? I had this cheat sheet of 3 “clues” she’s secretly into you.

You can check out the cheat sheet for yourself right here: