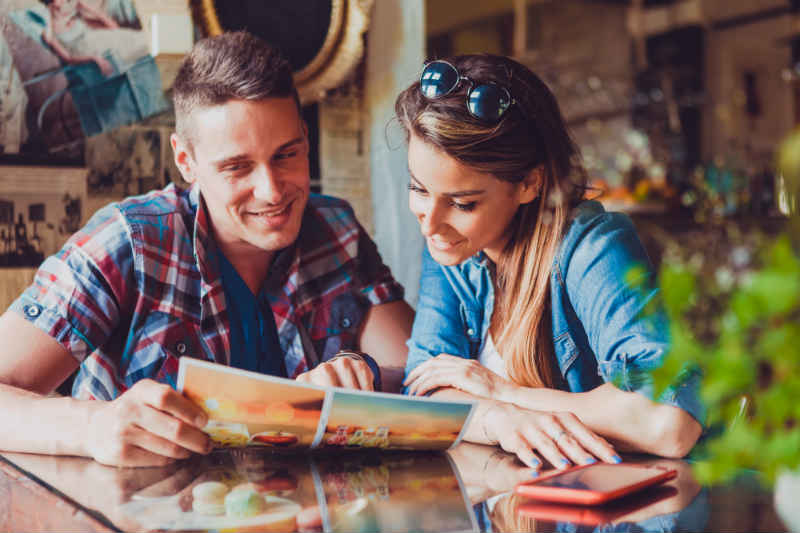 Discover the 5 Myths About Love & Dating That You Should Always Ignore–Think You Can Guess #1?

When I got divorced in 2012 after having been married for nearly 18 years, I truly had no idea where or how to start dating.

My ex and I had been introduced on a long-distance blind date and only spoke by phone before we met and fell in love. (There was no skype or facetime back in 1992…)

Prior to that, those high school crushes weren’t exactly the “wine and dine” kind of guys. More like the “Hey, let’s listen to some Phil Collins and make out” kind of guys.

So, what’s a newly single woman supposed to do to get back in the game? I googled “best dating tips,” and browsed some advice articles.

But over time, I discovered that most of these pieces of advice were total B.S.

So with that in mind, here are the worst of these so called “expert” pieces of advice that you should ignore:

After my divorce, the first man I met was at a neighbor's party.

I was super new to being single and felt a little out of my element.

There was a ping-pong table set up in the yard, and I happen to be pretty damn good at ping-pong (lots of practice during childhood).

There was a cute guy hanging out by the table drinking a beer.

We started chatting about his work, which sounded pretty interesting (making weighted jump ropes for athletes). This was a good start.

Then I remembered the first piece of advice I read online: Don't act too available.

The dating article I had read on some website made it very clear that available people are not very desirable. I definitely wanted to seem desirable.

So he moved on.

What I've learned and verified over time is that being available is actually very attractive.

They show they are capable of being in a supportive and caring relationship. They will be invested in you.

Being available does not make you weak or desperate. It makes you a good catch.

The next piece of advice I thought I would try out was the old, “Say you’re busy, even if you’re not” technique.

At first, I was a little skeptical… why anyone would start off lying to a person they might be interested in??

But who was I to judge, I thought — why not try it out?

An old friend contacted me and we started talking and texting.

He had become a really successful architect and seemed to be loving his life.

Naturally, I wanted him to think I was just as fabulous.

When he asked me out the first time, I said I would love to but I had plans to go see a theater performance on that particular night. (I was going to see the show, just not on that night).

He asked about the following week and I said I might have to stay late for a work meeting and I couldn’t commit.

He seemed very disappointed and rejected. When we finally did go out, he wasn’t as open and friendly as he had been when we first started talking on the phone.

So here's the bottom line:aying you’re busy to make yourself sound more interesting or wanted or needed is off-putting.

Saying you’re busy to make yourself sound more interesting or wanted or needed is off-putting.

It builds an unnecessary wall between you and a potential love interest.

At the end of the day, it's best to be true to yourself, and true love will follow.

Whoever came up with this next backward piece of advice is probably a hermit.

Has anyone ever told you “Don’t call within the first 3 days after a date”?

From a woman's perspective, there's nothing worse than sitting by your phone and hoping for a guy to call or text you.

It's really frustrating — especially if we want to see you again or set up another date.

Trust me, she wants to hear from you the next day. Not 3 days later.

Here's a peek into a woman's mind if you wait 3 days to call or text her:

Acting like you don’t care or that your needs aren’t important is just plain depressing.

It's always better to have some self-respect and respect for another — if you want to see her again, reach out. And not 3 days later.

If you want to absolutely not get another date, make sure to let your date feel unimportant and insecure.

Follow the advice “Don’t let her think you care too much.”

Why not check out other women? That will definitely do the trick.

Whether it is your first date, 5th date, or 5 year anniversary, it is never OK to act like you don’t care about the woman you're with.

When you act like you are not fully present, you are showing her that she doesn't have to be fully present with you, either.

As you build bad habits of half-listening to your girlfriend, you will only put distance between you as time goes on.

And, once you are in a committed relationship, it is very easy to think that you don’t have to try as hard to show you care. This is actually one of the reasons that divorce rates are so high right now.

Put down the phone or turn off the tv and face your partner.

Give her your undivided attention. Feel the heat and the love, and you will be generously rewarded. 🙂

The last piece of bad common advice is the idea that you should always “be mysterious.”

Believe me — women are not looking to feel confused and uncertain with a new man. In her eyes, mystery = potential danger.

Being vague about plans or about your past is not going to win you any points.

Sure, being playful in the short term to keep her intrigued is fun and flirty and will lead to more dates…

But being secretive and dark will only lead to trust issues and, ultimately, depression.

My husband of almost 3 years now is a master at keeping the good kind of mystery alive.

He plays games like 20 questions with me to get me to figure out where we are going on a date that weekend.

He will tell me an embarrassing story (as a sexy bargaining chip) about his childhood that he has never shared with anyone else.

Ultimately, he keeps me coming back and wanting more.

It wasn't always that way, though. When we first met, I didn't think he'd be the kind of guy I'd like — I had a “rule” about dating men of a certain age.

But what I eventually learned is that this is another one of the most common misconceptions about dating — here's why: 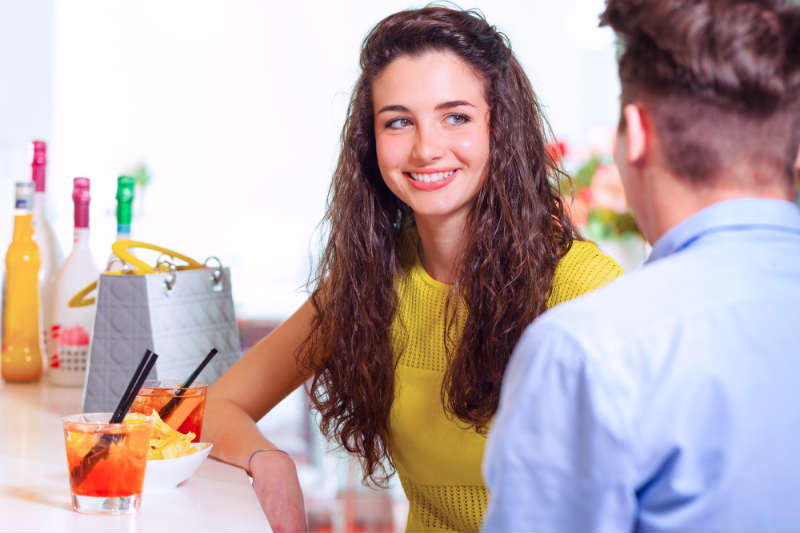 Bonus: “Her ‘Rules’ About Who She Will & Won’t Date Are Set in Stone”

As you may already know, women have “rules” about who they will and won’t date. Rules like:

Most guys hear these things, and they instantly walk away. They give up on that girl.

But as a woman, I have to confess… when a woman tells you that she has “rules” like that.. what she’s really doing is challenging you.

“Challenging me to do what?” You might be wondering…

It’s simple: She’s “challenging” you to stick around.

Because most guys walk away from a woman who mentions “rules”… if you stick around, and show her you’re the kind of genuine man she truly desires… then she’s going to be much more likely to go home with you.

Here’s a really easy way to do it: