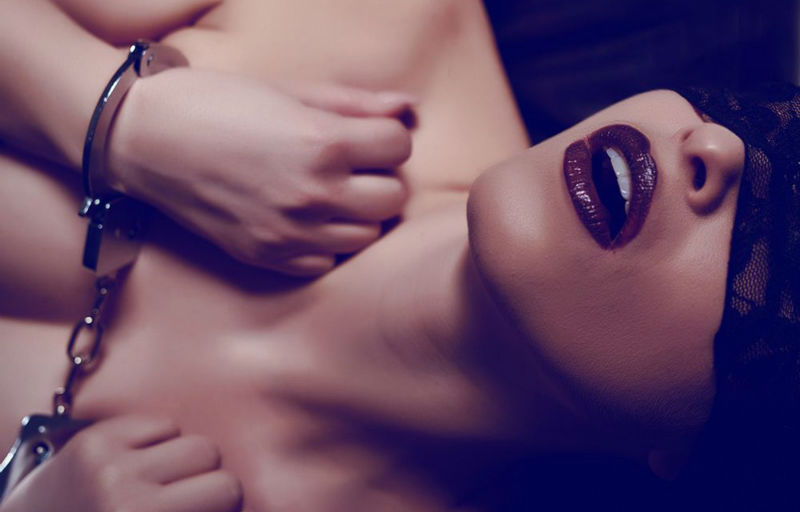 It’s no secret that women are getting kinkier and kinkier these days.

But how exactly do they want to experiment?

This new study surveyed more than 4,500 people about which kinky sex acts they enjoy most and was able to pinpoint the five most popular ones for women.

Some of these might not surprise you… but a couple of them just might. So if you’ve been wanting to experiment in bed, but you just aren’t sure where to start, then today I’ve got you covered.

Beginning with the most popular kinky sex act for women right now:

For both men and women, spanking was by far the most popular kinky sex act. In fact, more than 70% of women reported that they enjoy getting spanked in bed.

It seems a little ridiculous at first — why would a childhood punishment be such a secretly sexy turn-on for her?

But when you really think about it, it starts to make a little more sense:

Part of the pleasure associated with kink has to do with the adrenaline rush you get from doing something “bad.”

Sexually speaking, this “bad” feeling can easily be described as “naughty.” So when a woman wants to feel “naughty,” she’s going to want to get punished.

And spanking is the easiest, most playful way to do that (while still being sexual).

So if you want to try sexual spanking, start light — if you get a good response, you can increase how rough you are and see where things go.

Next on the list is nipple play — 58% of women say they enjoy doing this during sex.

Not only that, but 60% of men reported enjoying it as well, so this is something that both you and the woman you’re with can try together!

TRENDING: This All-Natural Combination of Foods Gives You ROCK-HARD Erections (Click Here to Get It)…

This kind of nipple play is not the “purple nurple” you may have experienced in middle school, though. Instead, it’s designed to stimulate the nerve endings in your nipples, many of which are also connected to your genitals.

If you want to try this, don’t twist hard — you could start with a little licking at first, and then lightly flick them.

Don’t be afraid to ask her if she likes it, either. A lot of women are sensitive about having their nipples bitten or played with, so the key here is to communicate as much as possible.

Interestingly, a whopping 57% of women reported enjoying being tied up during sex. Wow!

A lot of guys think of bondage and ropes and assume that only “weird” or “sexually adventurous” women are interested. However, this clearly isn’t the case.

While spanking and nipple play are easy to introduce during sex, being tied up is something you should talk about before trying.

You don’t have to make it a formal discussion — during foreplay, for example, you could ask her “How would you like me to tie you up tonight and see what happens?”

Chances are she’ll be willing to at least experiment with it.

You could even ask her if she wants to tie you up (if that’s what you’re into) — it might be all you need to unleash her wild side. 😉

Just over half of women said that they love biting during sex — both the act of biting and the act of being bitten.

You might think this stems from the insanely popular “vampire” fetish a lot of women have right now, but it goes a little deeper than that.

Many women don’t necessarily want to be gentle during sex; and when you’re in the heat of the moment, your skin is actually less sensitive to pain and stimulation.

Biting is a great reminder of how passionate and intense sex can be. Plus, it’s also a way for a woman to tell you what she likes without any words.

For example, she might bite your shoulder when she really enjoys what you’re doing, or when she’s about to have an orgasm.

Blindfolds are one of the easiest ways to bring a little kink into your bedroom — even better, 55% of women say they love it.

What's great about blindfolds is that, for many women, it allows them to truly open up to you sexually.

Because so many girls are self-conscious about their bodies, if she blindfolds you, then she can focus on pleasuring you — and not about what you might think about her stomach.

Plus, being blindfold is a form of sensory deprivation. Without your sense of sight, you'll be able to focus more on your other sense. Like touch, for example. 😉

Individually, these kinky sex acts can really open up a new and experimental door for you in the bedroom. But what if you want to take it one step further… and indulge her dirty sexual fantasies?

In my experience, there's one fantasy that nearly every woman is dying to act out… and here's how to do it: 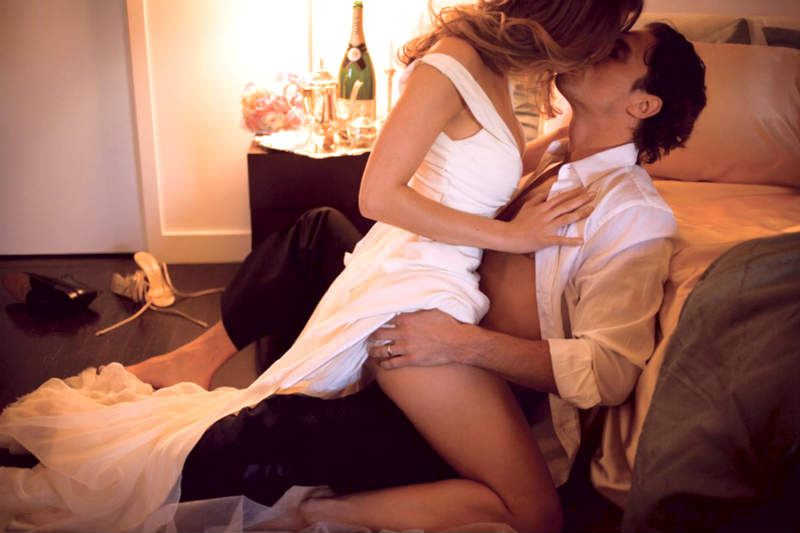 “He laid me down on my back… started massaging my breasts… my hips… I swear to God, I came as soon as he touched me *down there*!” My friend Megan gushed.

She had first started visiting Rocco, a professional masseur, for her lower back pain (she’s a gymnast)… though apparently, things had gotten a little steamier at their last session.

“Are you telling me that you got a… ‘happy ending’ massage?” I asked.

Wow. Megan was one of my shiest girlfriends… and she was kind of a prude, too. I had to know:

She blushed. “This is kinda embarrassing to admit… but lately I've been fantasizing about getting a ‘happy ending’ massage… so when Rocco started touching me like that, I sort of forgot about any inhibitions… and just let him take over *mmmmm*…”

Which got me thinking… I’ve fantasized about getting a “happy ending” massage before… were there more girls like Megan and me?

And how exactly did Rocco touch her that made her drop all of her inhibitions and unleash her “wild side”…?

Here’s what we found: