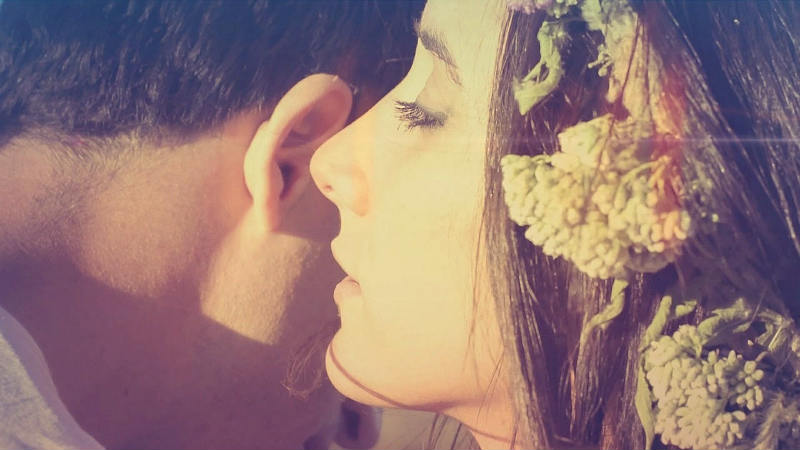 How to Have Meaningful Conversations That Leave Her Wanting More…

Last week, I showed you the “Interview Trap” most men fall into during conversations with new women.

And you hang onto that subject for dear life until you’re so far down the rabbit hole that you can’t get out.

The consequences of this are twofold:

First, you establish an artificially deep connection. When you focus on one subject and milk it for all it’s worth, you’ll feel closer to her than you actually are.

And that means that when you change the subject, things will feel really awkward.

The second consequence of this is that you won’t be able to continue the conversation. It will end awkwardly, and you can basically guarantee she won’t be calling you.

So how do you:

a) avoid this trap, and…

b) lead the conversation so you never have to worry about it in the first place?

If Conversation Is a Game, Here Are the Rules…

When you fall into the “Interview Trap” with a woman, you establish a rapport with her that feels too deep and creates tension as a result.

So if you aren’t trying to establish a deep rapport with her in your first conversation, what are you trying to do?

When you meet a woman for the first time, it’s OK to “um…” and “er…” your way through small talk.

The purpose of small talk is to collect information. At the end of the day, the goal of your first conversation with a woman is to figure out what lights her up.

A couple weeks ago, I showed you how to make your very own “Conversation Cheat Sheet.” It’s your list of 7 or 8 things that you:

2) Are good at talking about, and…

3) Know that other people will enjoy talking about.

So will every woman you meet. Your goal is to figure out her topics.

When you can figure out any woman’s 7 or 8 favorite things to talk about, then you’ve essentially figured out what makes her tick.

This gives you a ton of control and will allow you to lead your interactions with her exactly the way you want.

How to Play the Game of Conversation Like a Boss

Here’s an example of what your first conversation with a woman should NOT look like:

You: My chocolate lab is hilarious — he thinks he’s a lap dog!

Her: “Wow — that’s a big coincidence! My lab is chocolate too! His name is Boba Fett!”

You: “Mine is Bobby Brown! He’s so great, my whole world.”

Her: “But I don’t really spend any time with my Boba Fett. I realized he was a big mistake. Too big! Too playful! My mom takes care of him.”

This is an example of the “Interview Trap.” Looks pretty easy to fall into, right?

So if the goal of your conversation is to discover her 7 or 8 talking points, how do you do that?

Rather than dig a hole in your first conversation, you instead want to plow the field. You’re just going to turn over the topsoil.

So when you find a point of rapport — something you have in common with her — don’t dig into it. Instead, switch things up.

Her: “Wow – that’s a big coincidence! My Lab is chocolate too! His name is Boba Fett!”

You: “Star Wars Fan, huh?” (Because Boba Fett is a Star Wars character)

It’s actually quite simple. When you find something good to talk about, talk around and away from it instead.

Her: “You grew up in the South? I spent my first seven years in Georgia!”

You: “You must have a big family, then.” (Because people often associate big families with the South)

Her: “I know this is not common with girls, but Scarface is my favorite movie!”

You: “Really? Have you ever been to Miami?” (Because Scarface takes place there)

Notice how you’re completely changing the subject. You are not expanding the topic.

When you expand the topic, you might feel like you’re changing the subject, but really you’re staying on the same general talking point.

Her: “I know this is not common with girls, but Scarface is my favorite movie!”

You: “Do you like Serpico? Or how about The Godfather?”

While this might look like it’s moving the conversation along, in reality you aren’t going to discover another one of her talking points by doing this.

Remember, you’re playing the game to figure out what makes her tick. Not to feel comfortable in your conversation.

If this conversation goes well, this game of hunting and exploring can go on for as long as 45 minutes or more.

At a certain point, it should stop feeling like “information gathering” and start feeling like real, natural conversation.

And the longer you talk with her, the better you’ll become at spotting her favorite subjects (and subsequently exploring them).

You’ll be able to recognize her excitement…

And eventually, you can take those emotions and mold them into her sexual desire for you.

A Proven Shortcut to Escalate Her Sexual Desire During Any Conversation

When you start hunting and exploring new topics with new women, the next step is to figure out where it’s going — is she sexually attracted to you? And how do you amplify that desire?

Here’s the thing, though: It has nothing to do with talking.

Even if you just met her, you can take her mind to a very dirty place…