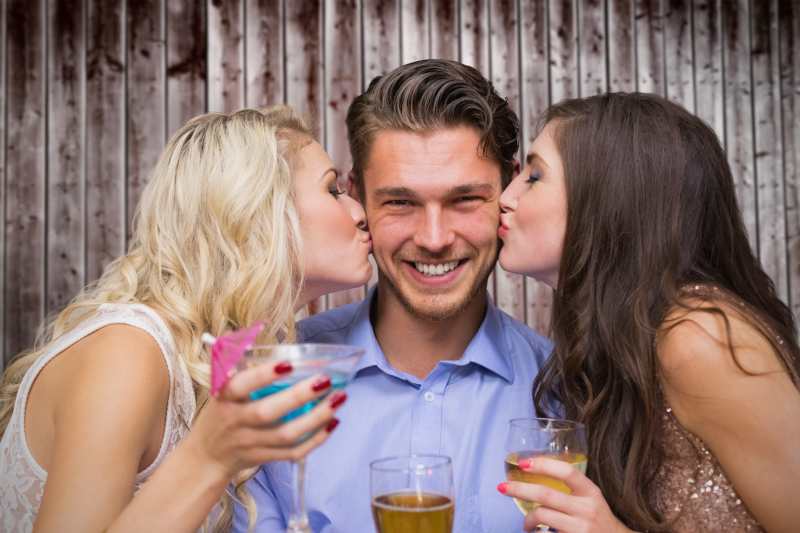 How To Have Charisma Naturally, Even If You’re Shy Or Introverted–And Get Laid More Right Away…

When I was first asked to talk to a group of guys and write some stuff that might be helpful, it was because I was researching, discussing and writing essays about charisma.

But what is charisma, exactly?

Charisma is that “indefinable” trait in some celebrities and leaders that “causes” people to be drawn to them and desire to follow, admire and even worship them.

And “you either have it or you don’t.”

Well, I certainly don’t believe those limiting things about charisma.

BRAND-NEW: 3 Secret “Touch Tricks” That Get Her Soaking Wet, Naked & On Top of You In Bed (Even If You’re “Just Friends” Right Now)!

I also think, probably, since you found this site, you kind of believe–as I do–that if you do as another did, you’ll produce the results that they produced.

So today I’m going to show you how to produce charisma out of thin air, following a few logical steps that have worked consistently well for my shy & more introverted students.

The Bizarre Link Between Charisma & THIS Kind Of Natural Redundancy…

Last time we were talking about Redundancy from a very general point of view, and I was trying to show how–even in its simplest forms–redundancy can be very powerful.

Your eyes (you have two). Your nostrils (two of those). Your ears (yup).

Well, walking would sure be hard without both legs, but the rest are kind of extras and bonuses.

TRENDING: If A Hot Girl Does This With Her Body It Means She Wants You Bad (Most Older Guys Totally Miss This!)

Within language, let’s look at the articles.

The Russian language – and Eukranian and Belorussian, too – has none, because the nouns include that info. German also includes the three genders in the nouns, yet the redundant articles are used.

And what about our eyes?

One of the ways we communicate – we’ll talk more about this another time – is by the expression on our face and that includes our eyes. Where you’re looking, for example, and how the eyes move, can be big parts of communication.

The eye movement can be easy to see because of the whites of the eyes – they make the movement of the eye very clear.

Do you know how many animals have the whites of their eyes (it’s called the sclera) clearly visible?

Can you tell where a dog is looking, and when they move their eyes? Of course you can.

You don’t need this sclera to be visible – it’s redundant. We like it though because it’s so much clearer.

I’ve already told you about the difference between the way women generally speak – expression-heavy – and the way men listen – attention-lite.

They match, because even the most obtuse man can understand the exaggerated expressions a woman gives him.

SHY OR INTROVERTED? Click Here to See Why Talking Less & Doing More of THIS Gets Hot Foreign Girls In Bed With You…

Maybe it’s not actually “redundant,” though.

When you are listening to simultaneous translation, it is technically redundant, right? It’s a repetition of the same information.

It’s not really “redundant” (as in ‘no longer necessary’) though, is it? The translation allows someone to understand who wasn’t understanding fully.

Gestures might be hands – pointing, waving, saying stop or this high or down here or “like this.”

They might be the head – or the face – motioning, with a look or a nod in some direction.

Shaking up and down for yes or side to side for no. The shoulders bob up and down to say I don’t know or maybe don’t care.

Gestures are “usually not necessary” (read: redundant) because they accompany verbal, tonal and contextual information.

What Does A Lack Of Charisma Look Like? (Hint: Think President Nixon)

When redundancy is done well, that may very well result in charisma.

“I hear what he’s saying, and I see it on his face, and I feel it in my bones.” Women don’t say that, but internally, that’s how it feels.

When they don’t match, by contrast, it communicates something else entirely.

When then-President Nixon gave the famous speech including the words, “I am not a criminal,” his body language didn’t match up, for most of the people watching, with his facial expression.

In addition, he was perspiring and adjusted a seemingly uncomfortable collar.

CONTROVERSIAL VIDEO: This “T-Shirt Secret” Can Get Any Guy Laid in 24 Hours Or LESS…

These movements, and gestures mismatched with facial expressions and words, gave an impression opposite to charisma:

Internally, we cannot help but combine lots of input into a simple message.

That message pops into our heads (“friend”) or we feel it inside (“danger!”).

Or sometimes we only recognize the reaction without even realizing it’s an emotion (chill up spine; goosebumps; hair standing up on the back of my neck; sweaty palms).

Sometimes we get a little bit of information. “This person means well”–but at other times it’s a flood of info–“I REALLY like him!”

The difference in that FLOOD of information can often be the result of redundancy.

I see it.  (In the steady way he looks at me, in his smiling mouth and eyes)

I hear it. (In the vocal tone, in the words, in the calm, steady rhythm of the voice….)

I feel it. (In my gut, in the way I feel, in his dry palms and calm hands when he touched my shoulder…)

I smell it. (He smells “good” i.e. not the smell of fear or sweat or nervousness or “bad”)

This is why I recommend cologne–you are adding another sense to the good feelings you communicate.

And if you want to use your charisma to sleep with women a lot faster… I always recommend trying THIS: 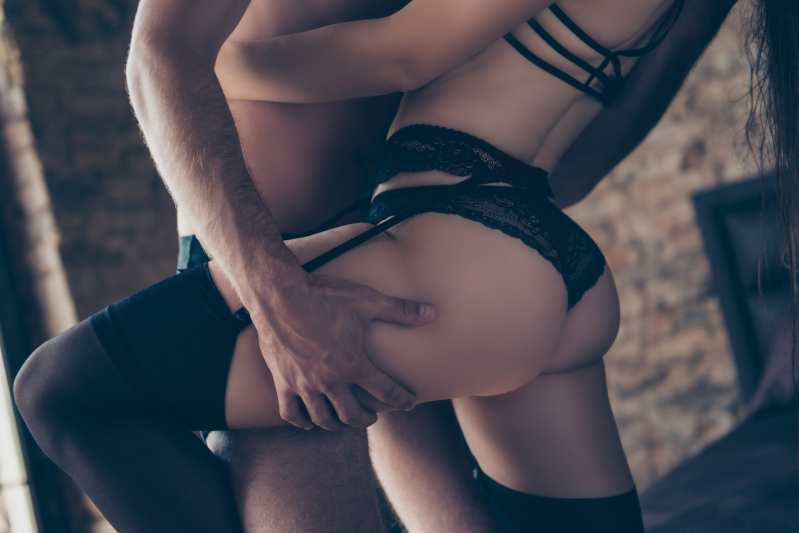 If She Can FEEL Your Charm, She Will Chase After You…

Let’s back up for a minute and talk about her “feeling” your charm.

Charming and charismatic guys tend to be very touchy, because using your touch is a great way to transfer feelings and emotions…

… particularly feelings of excitement, enthusiasm, and even arousal.

However… there is a BIG difference between being a touchy person… and being a GROPEY person.

When you touch a woman the RIGHT way, with a purpose, and on the right spots… then you’ll notice a BIG difference in how the interaction goes.

She’ll act more excited and enthusiastic about sharing bits of her life with you… and she’ll be eager to learn more about your life too.

She’ll make eye contact longer, and will genuinely listen to what you have to say.

She’ll be flirtier and more feminine.

She’ll even start touching you back…

And if you do things right you’ll notice she starts chasing you… all the way back to the bedroom:

P.S. You'll have to see it in action to really understand what I mean… so click here right now to watch a short, free video that shows you how to touch women to get them in bed.