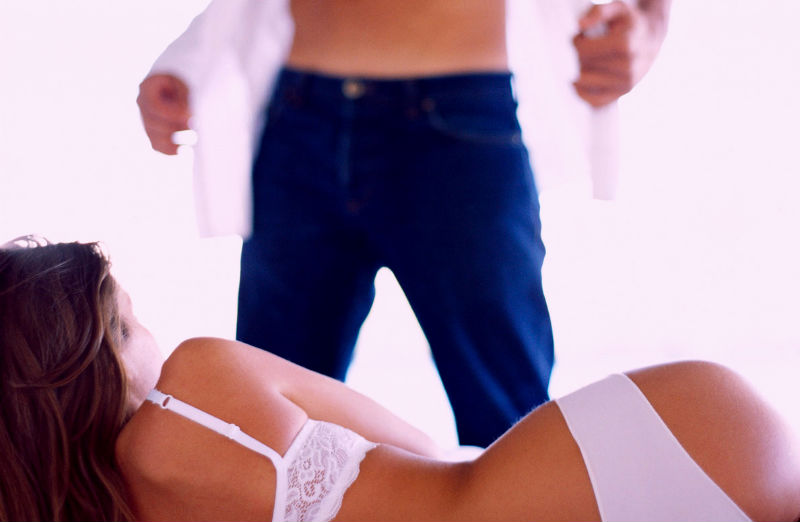 How To Get Harder Erections That Keep Her Coming Back For More–Do You Know This Expert “Trick”?

I’ve had a lot of guys approach me with this issue… so if that’s the case for you, then just know that you’re not alone.

So if you’d like to know an easy way to get harder when you’re with a woman… or if you simply want to have stronger erections in general… then you’ve come to the right place.

Hi, I’m Glenn Pearce–and as part of my new series, Ask Glenn, I’m answering all of your most difficult, burning questions that keep you up at night.

And today, I’m answering this one:

“What are some easy ways to get fuller, harder erections?”

Hey guys, so this next question comes from Arturo.

Thanks for writing in Arturo (even though he says it's not his real name). So “Arturo” says:

Hey, Glenn, I'm 47 years old, but the wood I'm sporting is anything but. I have these saggy half-erections.

Well, Arturo, you're in luck.

Because today, I'm going to show you my best tips to get harder & stronger erections… no matter your age.

Nature Vs. Nurture: Who Is To Blame?

Now, I'm no expert in this field.

However, I am aware that with age, men tend to lose their ability to perform.

They lose their erections…

And they also lose their sexual drive–it's perfectly natural.

So what can you do about it?

Well, first of all, there are a lot of wonderful drugs on the market that can take care of that.

I would experiment with some of those… but if you're not exactly “into” these prescriptions, then you're not alone.

(But more on that in a second.)

My #1 Recommendation to Get Harder, Stronger Erections

I would highly recommend that you go to your doctor and tell him about your problem.

He'll probably do a complete physical just to make sure that everything working like it should. So first, get that out of the way.

And “Arturo,” I'm not sure what kind of physical condition you're in… but a lot of older men who are overweight aren't exactly in the best shape.

And unfortunately, that can cause problems with erections and your ability to get fully hard.

And talk to your doctor about it.

What Else Can You Do?

There's one more thing I'd like to address before I bring up the solution that I personally use when I need a quick “boost” in the bedroom:

For many men, their inability to get a full erection can often keep them from meeting women and going out on dates.

Because what guy wants to be in a situation where he takes home a girl… knowing that he might not be able to get fully hard? (And then she might judge him, or maybe he'll feel like less of a man.)

Or if you found some way to remedy this issue…

Then it would give you a renewed sense of confidence around women.

Which brings me to my personal favorite piece of advice to help “cure” this problem:

Yeah, I know I told you that those “little blue pills” can be a quick fix if you have to keep it up.

But that’s not really a long-term solution, is it?

But if you use those prescriptions long enough, there’s all sorts of s**t to worry about–serious stuff like heart problems, too.

So I’ll share something with you that’s “all natural,” and it’s been making its way around our community for a little while now… (though few outsiders even know about it).

One of our Community Experts, Trent J., tried it a while back… and he saw some great results with it.

He’s an older, divorced guy… and he uses it because he gets with hot, younger women now… and has to keep up with their insatiable sexual appetites (his words, not mine haha).

It’s designed to be a “booster” that any man can use… like if you’ve ever flown at “half-mast” when you want to be “full-mast”… it’s great for that.

Trent took 5G Male for 8 weeks and kept a detailed log of his progress and results… so if that sounds like something you might be interested in … then you can check it out right here: