There Are Many Benefits of Vacation…But Have You Heard About THIS One?

Have you ever thought about just dropping everything and flying somewhere completely random…?

Or taking a spontaneous vacation for the hell of it…?

Or even just getting out of town for the weekend…?

Maybe your job is stopping you…

But the idea lives on, lurking in the back of your head.

Well, thanks to this study, you may have the “excuse” you need. If you've ever thought about making like a bird and migrating for the winter, here's one big reason to go for it:

Need An Excuse To Take A Vacation? Here You Go.

According to research from the U.S. Travel Association, vacations are good for both:

a) Your relationship, and…

b) Your sex life.

Roger Dow, President and CEO of the Travel Association notes:

According to the study's findings, 63% of the couples studied would prefer a weekend getaway to a gift.

On top of that, more than 70% of the couples in the study said they believe that “traveling inspires romance.”

And here's the kicker: Nearly 80% of couples who travel together report having a good sex life, compared to just over 60% of those who do not vacation together.

That's all well and good…but why is traveling so good for your sex life?

Most likely, it all boils down to the excitement of a new experience.

Whether you're single or have a partner (but more on that in a second), exposing yourself to something new effectively “wakes up” your senses.

Think back to the last vacation you took…do you remember feeling more free? Maybe a little more open? Happier, even?

This is a common experience, and it's not a fluke.

Vacations make you feel more “alive”…and so it only makes sense that you would feel more alive down there, too.

What If I Can't Afford A Vacation?

Can't afford to take any time off? Not a problem.

There are a lot of cheap, weekend getaways that don't break the bank (or require you to request days off of work).

One easy way to have a new experience in your own backyard? Try Airbnb!

There are usually some cool places to stay, so you'll feel like you're on vacation even if you're less than a mile away.

Or if you have a couple hundred dollars to spend, you can get on Skiplagged to look for cheap flights. The Flight Deal also offers really great sales on flights.

At the end of the day, taking a “vacation” is more of a mindset than an actual plan with “rules.” If you feel like you're on vacation, then you are.

But what if you don't have a special lady to share it with?

Why Being Single Isn't A Problem

Despite the fact that the study only examined the effects of traveling on couples, the benefits still stand if you're single.

The reasons for this are twofold.

Secondly, if you decide to travel where other single women are traveling…finding a night of hot sex is incredibly easy.

The truth is that if a woman is traveling alone and single…chances are she's open to new sexual experiences (this is not always the case, but it often is).

So you don't need a partner to reap the benefits of traveling — all you need to do is enjoy your vacation and let a night of hot, passionate sex fall into your lap.

But with a new woman, it's easy to get stressed out about your performance…especially if it's been a while.

That's where this next trick comes in handy: 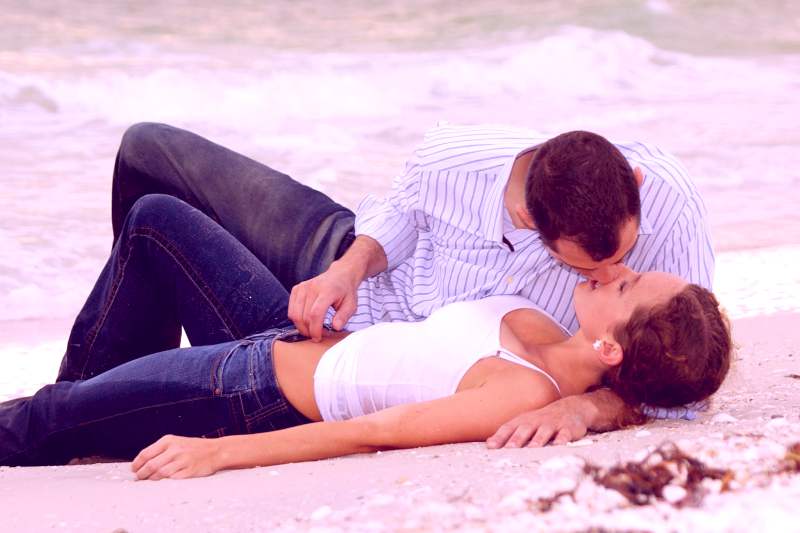 It was the perfect time of year to be naked in Spain.

Laying next to me in bed, Juan asked, “Ready for round 3, mi amor?”

Juan was a local translator I had met the night before…he may have been short in stature…though he made up for it in endurance.

I mean, 3x in one night? I used to think that was IMPOSSIBLE…at least not without the help of Viagra or some other sketchy “drug”…

But Juan didn’t take any “drugs.” He ate the “Sex Snack.”

He told me all about it between rounds 1 and 2 the previous night: “It’s this strange combination of foods…garlic, some other things most people use every day…you’d never think to put them together, but ay caramba…it makes my boners rock hard.”

Well, I got my hands on a copy of the video…with step-by-step instructions to make the “Sex Snack”…

And today, I’m sharing it with you. You’re gonna love this: